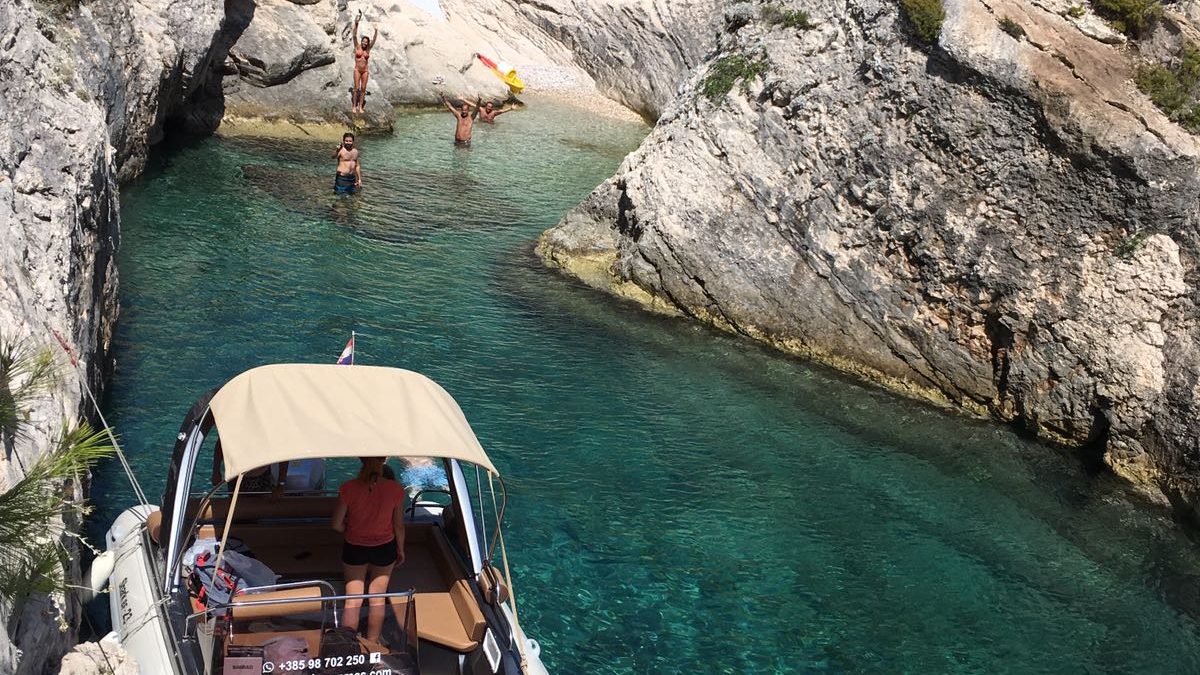 Vis island  is a “small” (looking largest it is: Brač, Hvar, Vis than Šolta) croatian island of the Middle Adriatic Sea. The farthest inhabited island off the Croatian mainland, Vis had a population of 3,617 in 2011. Vis has an area of 90.26 square kilometers (34.85 square miles). The mainland is 45 km (28 miles) away. The highest point of the island is Hum which is 587 meters (1,926 feet) above sea level. The island’s two largest settlements are the town of Vis on the eastern side of the island (the settlement after which the island was originally named), and Komiža, on its western coast. 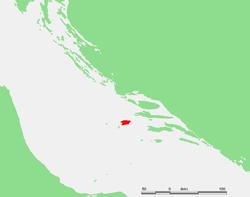 Stiniva was voted the best beach in Europe few years ago (by www.europeanbestdestinations.com), and with its crystal clear waters, white sands and a stunning clifftop backdrop it is clear to see why the seaside paradise topped the chart. Much of its charm stems from just how secluded and peaceful it is. It’s accessible only by hiking along a steep and narrow path, or by taking a taxi boat. Those who make the effort will be rewarded with an exquisite patch of coastline with a sea entrance of less than 16 feet. 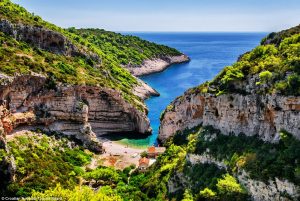 Stončica is also the name of it’s cape and lighthouse, with a long bay and a little fishing-tourist village, sand beach and an excellent restaurant. There is a bar on the beach, a beach volleyball court and a lot of shade of palm trees on the western part of the beach and tamaris on the eastern part making Stončica an ideal place for family excursion. The road from Vis leads to a paved road, with less than ten minute walk to the beach. 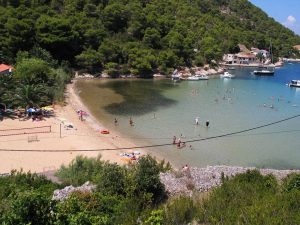 Porat beach is a sandy beach located on the island of Biševo. The Irish Times listed Porat as one of the seven most beautiful beaches in the world” in 2011. This beach is a hidden gem, shielded from strong withs and covered with pine forests. Porat beach has a bar and two fish restaurants where tourists can enjoy the local cuisine. The sea is crystal clear and a pleasure to swim in.

The Pritišćina beach on the island of Vis is one of the smallest, but also the most beautiful bay. It is located on the south side of the island and can be reached only by a long and poor macadam route from Podhumlja, which is why it is the favorite destination of all those who are looking for hidden jewels. There is no restaurant or coffee bar so bring your own food and water. 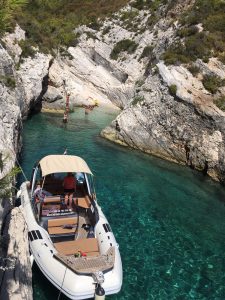 Another sandy beach on the island, Smokova lies on the southeastern shore. Smokova is the second in a series of bays after Stončica, and is a famous destination for boaters and anyone with love for natural beaches. One super unique thing about this beach is that just two meters from the shore, on the eastern part of the bay and about 100 meters from the beach, you can find the remains of a World War 2 aircraft wing. Aside from the cool history, Smokova is also shaded by pines a bit deeper inland when you need to escape from the sun. 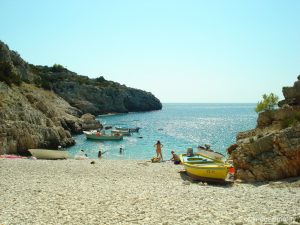