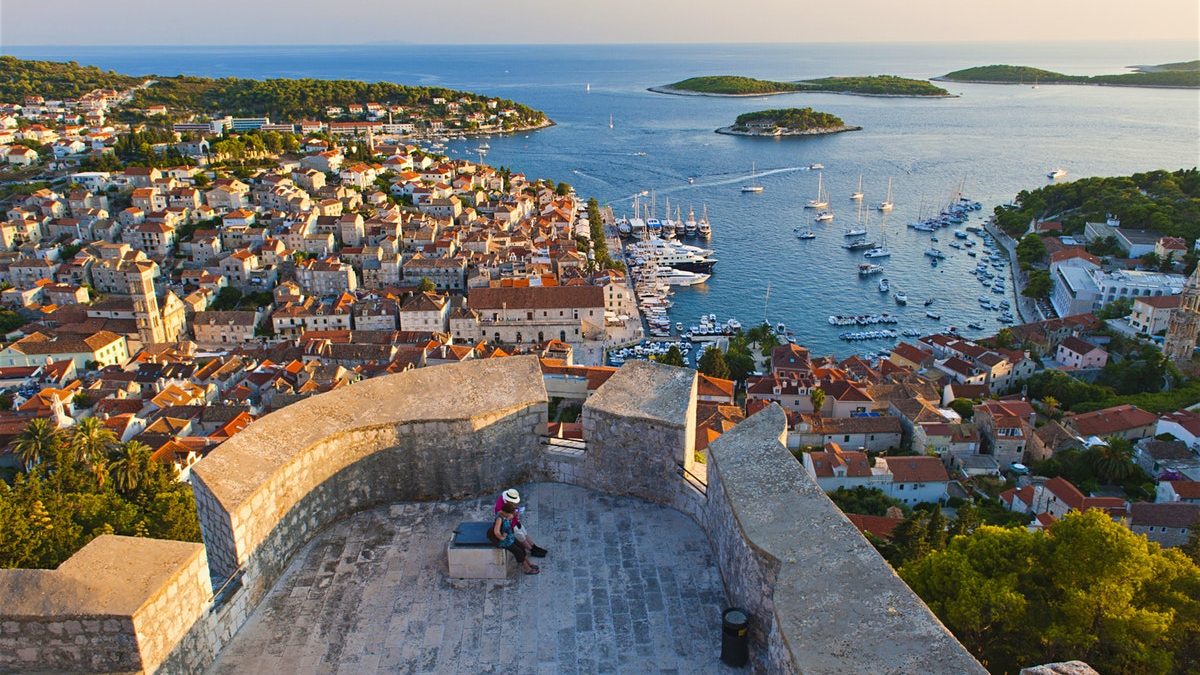 Hvar is a Croatian island in the Adriatic Sea, located off the Dalmatian coast, lying between the islands of Brač, Vis and Korčula. Approximately 68 km (42.25 mi) long, with a high east-west ridge of Mesozoic limestone and dolomite, the island of Hvar is unusual in the area for having a large fertile coastal plain and fresh water springs. Its hillsides are covered in pine forests, with vineyards, olive groves, fruit orchards and lavender fields in the agricultural areas. The climate is characterized by mild winters, and warm summers with many hours of sunshine. The island has 11,103 residents, making it the 4th most populated of the Croatian islands.

– Hvar (city) is the largest town – city on the island, for many years an independent commune and major naval base of the Venetian Empire. Hvar municipality includes the settlements of Brusje, Velo Grablje, and Sveta Nedilja. 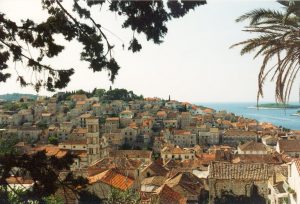 – Stari Grad (meaning Old city in direct translation), also on the north part of the island, is the site of one of the first permanent settlements on the Adriatic islands during Antiquity. Today, Stari Grad is the main seaport on the island; most visitors arrive here via car ferries from Split. Stari Grad municipality includes the settlements of Dol, Rudina, Selca and Vrbanj. 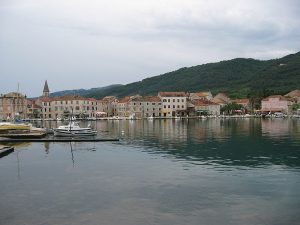 – Sućuraj is a small town on the eastern end of the island, nearest to the mainland, where a regular car ferry service connects the island with the town of Drvenik. Sućuraj municipality includes the mainly agricultural communities in the eastern part of the island.

Hvar Fortress. The views looking down over Hvar and the Pakleni Islands are magnificent, and well worth the climb (about 20 mins hike or you can take a taxi). This is a place with rich history and it’s worth visiting. 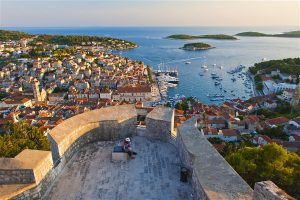 The climate of Hvar is characterized by mild winters and warm summers. The yearly average air temperature is 16 °C (61 °F), 703 mm (27.7 in) of precipitation fall on the town of Hvar on average every year and the town has a total of 2800 sunshine hours per year. For comparison Hvar has an average of 7.7 sunshine hours per day while Dubrovnik has 7.2. The sea temperatures average from the lowest readings in February of 14 °C (57 °F) to their warmest during summer, when the sea temperatures usually stay between 23 °C (73 °F) to 27 °C (81 °F).

Hvar is famous for it’s nightlife, during summer months is described as “the best on the Adriatic.” Fun, literally, lasts all night long.
As the night falls, people start to meet around numerous bars and hotel terraces with music. Some will stay in the city until dawn or will spread around towards the most popular discos.
Some of the most popular places include: Carpe Diem Hvar, Hula hula beach & bar, Veneranda Club, Kiva bar, Nautica bar, Caffe bar Sidro and others. 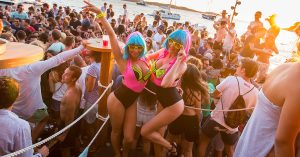